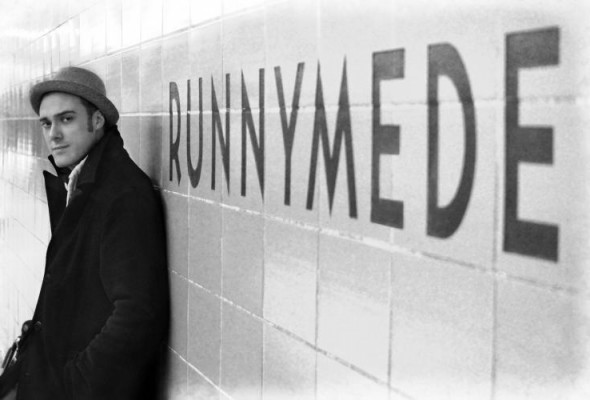 Christien Paul, artistic brainchild behind Toronto’s After Runnymede, has been a constant staple in the Canadian music scene even prior to his current project. He is the founder of Nautical Progressions – an award winning recording company that produces music, video, and web content for independent artists. Christien was also composer for many successful projects, including the film Wooditis (winner of ‘Best Film Award’ at University of Toronto), MUCK Film Festival at Royal Alexandre Theatre, and the Mixed Martial Arts Expo presented by The Fight Network. Upon graduation from college, Christien also launched EPKhosting.com – an acclaimed music blog featuring independent artists in live concert setting with candid video interviews. It was through his work with EPKhosting.com that Christien found inspiration to return to the stage.

Christien explains, “As a music journalist, I covered hundreds of bands. Like Bruce Lee, I adopted elements from artists that inspired me and began making my own blend. However, it wasn’t until I had my heart broken that I really began to write lyrics again.” In summer of 2008, Christien lost his first love and used his emotional turmoil as positive reinforcement by writing love letters in the form of songs. Before he knew it, Christien was back on stage performing new material in an unprecedented live setting under the name After Runnymede.

Canadian Music Week, Canada’s largest music festival, showcased his material immediately prior to a month-long European tour. A limited edition After Runnymede EP created for the tour was an instant success, selling out far prior to the final show of the tour. During his interview at Amsterdam FM, Christien stated “Everything was going as planned which scared me all the more… I ended up tattooing the kangi character for “courage” on the inside of my leg to commit myself to going through with it.”

The fan-favorite song Maybe was written while alone in Paris one evening. He continued, “…I never fell asleep that night… I was on a cot in a dorm hallway right in front of the washroom. It’s no wonder I feel like falling asleep every time I hear that song.” Upon his return to Canada, Christien retained the guidance of Lake Curry of Metalworks Studios to record his debut album Standing Still.

“The Standing Still album is a chapter of my life, a chapter that was 6 years long with my first love. They say it takes half the length of time of the relationship to get over it, so I spent 3 years producing this record. Throughout the relationship I felt stuck, like I was standing still, watching my peers pass me by in flying colors. In the first 6 months of our breakup, I’ve accomplished more with music than any other time of my life. These songs are composed what I would like to think of as letters to this girl… a girl for which I was standing still.”