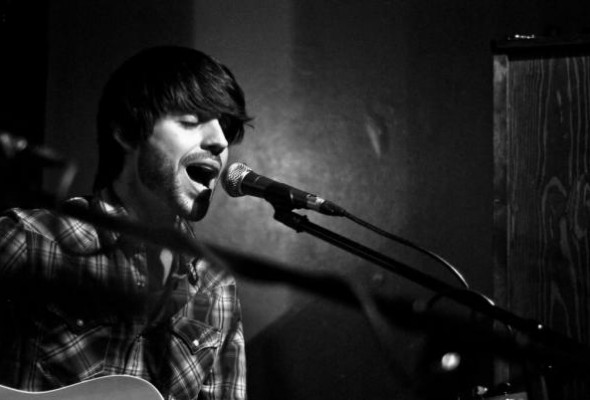 Mike Celia is a singer/songwriter from Mississauga, Ontario. He began his musical journey immediately upon returning from his travels across the better half of Europe in 2004.

His experiences traveling with nothing but his backpack and a guitar strapped around his shoulders put him on the life changing journey which led him to quit his job and focus on a career as an artist/performer.

His very first performance was held at the prestigious Hugh’s Room in Toronto, opening for his brother David Celia who has been touring Europe and North America for several years now. For the last few years Mike has managed to captivate audiences from all walks of life with his blend of acoustic guitar, sand-paper vocals and personal lyrics that speak of love, life and the struggles in between. Although it has only been a short time since Mike has taken on the path of music, he has been playing and writing music since the age of fourteen. Inspired by three generations in his household, there was no shortage of music running through his veins while growing up.

Mike has always felt a strong connection to music since he was a child, listening to everything from the smooth new age jazz sounds of Pat Metheny to the funky soulful sounds of Stevie Wonder, BB King and Ray Charles. His blend of influences doesn’t even begin to describe his sound and style which has a poppy “singer/songwriter” feel combined with a blend of soulful rhythm and blues. The completion of his first recorded CD has marked a major stepping stone in becoming recognized as an independent artist. The EP was recorded mostly in his basement with the help of a few fine musicians (including his brother David), his friend and co-producer Nick Londono and a laptop computer with some recording s done at the famous Metalworks studios.

The tracks were later mixed by local producer and Juno nominee, John Switzer, who was a great addition in molding the sound that has only begun to catch people’s ears. Over the years Mike has always been keen on staying grounded and doing his best to keep giving back for all the great fortunes life has offered him. He has organized benefit concerts in the past for charities such as The Make a Wish Foundation (Heroes of Heaven benefit held in December 2005), played at fundraisers for Sick Kids hospital and continues his efforts today using music to create both change and awareness wherever and whenever possible. He is a firm believer that music can bring people together amidst all their diversity, inspire them to become better people and make the changes necessary to make this world a better place.

Mike was also featured on the motion picture soundtrack for the film “Six Reasons Why” (www.sixreasonswhy.com) which has received attention from national media such as Entertainment Tonight and was recently purchased by THINK Film(release date TBA). On August 17, 2007, Mike began his first national grassroots tour across Canada with bands The Last True Gentlemen and Fourlines. Together, the three acts performed thirteen shows in twenty-one days across five provinces including a live to air performance on CHLY 101.7 in Nanaimo, BC. Mike was featured twice as a guest on live television for interview and performance on both Rogers Daytime Television and MeTV not to mention a featured artist spotlight on First Local for Rogers Television.

Recently, Mike has been asked to fill the role of Concert Series Director for the Mississauga Independent Film Festival. The festival will run from July 10th to the 13th of 2008 in downtown Mississauga and will feature a live concert bill at each after party during the festival as well as an outdoor band shell performance in front of Mississauga’s City Hall.