JUST IN: Toronto Symphony Orchestra sponsorship! Thanks to everyone involved with VOL II 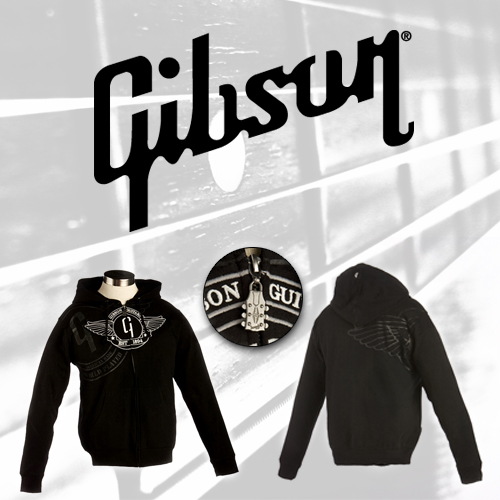 Gibson Guitars has sponsored LFTF: VOL II by donating this rad hood to our auction.. YES!!

The home of Gibson electric guitars today is “Gibson USA,” built in 1974 in Nashville specifically for the production of Gibson’s Les Paul guitars. Although the entire guitar industry went through a slump in the late ’70s, the spirit of innovation remained strong at Gibson. In response to a growing demand for vintage stylings, Gibson tapped its rich history  and reissued the dot-neck version of the ES-335 in 1981 and the flametop sunburst Les Paul in 1982. At the same time, two legendary guitarists joined Gibson- B.B. King in 1980 with the Lucille model and Chet Atkins in 1982 with his new concept of a solidbody acoustic guitar.

Gibson world headquarters moved to Nashville in 1984 with the closing of the Kalamazoo plant. The financially troubled company was rescued in January 1986 by Henry Juszkiewicz and David Berryman, and the new owners quickly restored Gibson’s reputation for quality as well as its profitability. 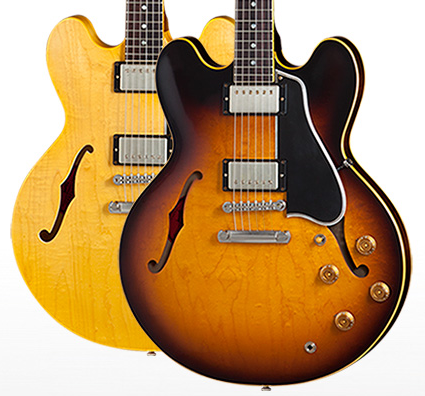 Today’s Gibson electric guitars represent the history as well as the future of the electric guitar. The models whose designs have become classics-the ES-175, ES-335, Flying V, Explorer, Firebird, SGs and Les Pauls-are a testament to Gibson’s wide appeal, spanning more than four decades of music styles. Gibson’s close relationship with musicians is manifest in endorsement models from King, Atkins and jazz greats Howard Roberts and Herb Ellis, plus new Les Pauls made to the personal specifications of rock stars Jimmy Page and Joe Perry. In 1994, Gibson’s Centennial year, the new Nighthawk model won an industry award for design, setting the stage for a second hundred years of Gibson quality and innovation.